The city of Dinant 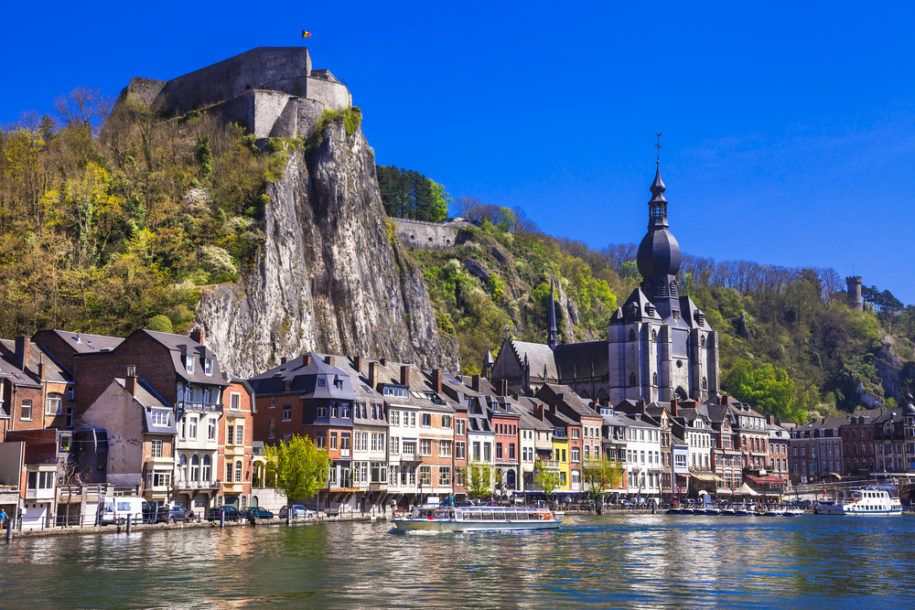 Called the daughter of the Meuse, the city of Dinant is literally embedded between the rocks and the river. Visits to museums, castles, Mosan cruises and walking routes in the city center are interspersed with lunch breaks and à la carte accommodation. For a day or a long weekend in the heart of the city where Adolphe Saxe was born, go gourmet shopping, stroll through its alleys or visit its highly historical and cultural sites.

The citadel of Dinant

Overlooking the city with all its might, the Citadel of Dinant is undoubtedly the first thing you will see when you arrive! Built on a rock and offering an incomparable panorama over the Meuse valley and its collegiate church, the Citadel was built in the 15th century. This fortress which tells its story through its thick walls takes us to the First World War. Accessible by a cable car that will amuse young and old, the Citadel of Dinant also has a staircase of 408 steps that leads the most courageous visitors to the top of a rock witnessing the great battles that have made up its history.

The collegiate church of Dinant

With its distinctive bell tower, the collegiate church of Dinant is an architectural work to be appreciated both inside and from the fortress which overlooks it. Redesigned several times, it was once thought to accommodate a town hall. Erected in the Middle Ages, this Catholic church has suffered from many events such as fires, battles and other catastrophes which today give it a legendary dimension. With its Gothic allure, the Notre-Dame de Dinant collegiate church has stained-glass windows that should be seen from the inside in order to appreciate their splendor and peaceful silence.

The House of medieval Mosan heritage

For those who want to know more about the historical heritage of the city of Dinant, consider a detour by the House of medieval Mosan heritage known as the Spanish House of Bouvignes. It offers permanent and temporary exhibitions as well as activities adapted to all audiences and which retrace the history of the Mosan basin.

What would a city be without its maze of streets and alleys, its statues and its shops? For day tourists or lovers of tasty local couques, the city of Dinant offers the opportunity to let go through the streets lively with musicians.

Punctuated with small monuments and statues recalling that Adolphe Saxe was born there, the streets take you on the traces of the invention of an instrument which has made the city and the country famous. At the crossroads, not far from domaine du Bonsoy , let yourself be inspired by the shops whose Nicely decorated stalls will make you discover the local gastronomy. Have fun putting together your menu, starting with the Flamiche de Dinant and its fatty cheese before heading to the Maison V. Collard and its famous couques. Do not forget to drink and taste the wines of Château Bon Baron or the local and artisanal Caracole beer that you will find during a stroll under the sign of gourmet shopping.

Close to the valley of the Lesse , Meuse cruises and walks on the RAVel along the Meuse make Dinant a city whose relationship to nature is obvious. From the city center, take advantage of the countless possibilities for hikes, adventures and guided walks in the countryside, including the rental of bicycles or scooters in order to approach parks, castles such as the château de Freÿr and other neighboring caves which are full of mysteries and legends. 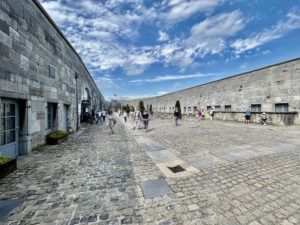 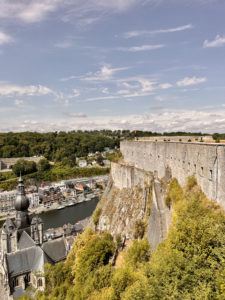 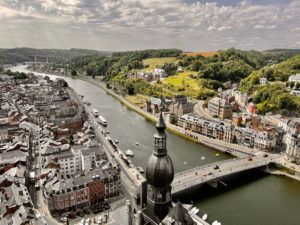